A lorry arrived with a delivery of sand to fill up our newly re-sited sandpit. How would we get the sand to the sand pit? How long would it take us? How heavy is the sand? So many questions that need answers!

The very large bag of sand was delivered by a lorry to the carpark outside of the nursery. The children were intrigued to know how we could get the sand to the sandpit as we couldn't lift the it to move it. 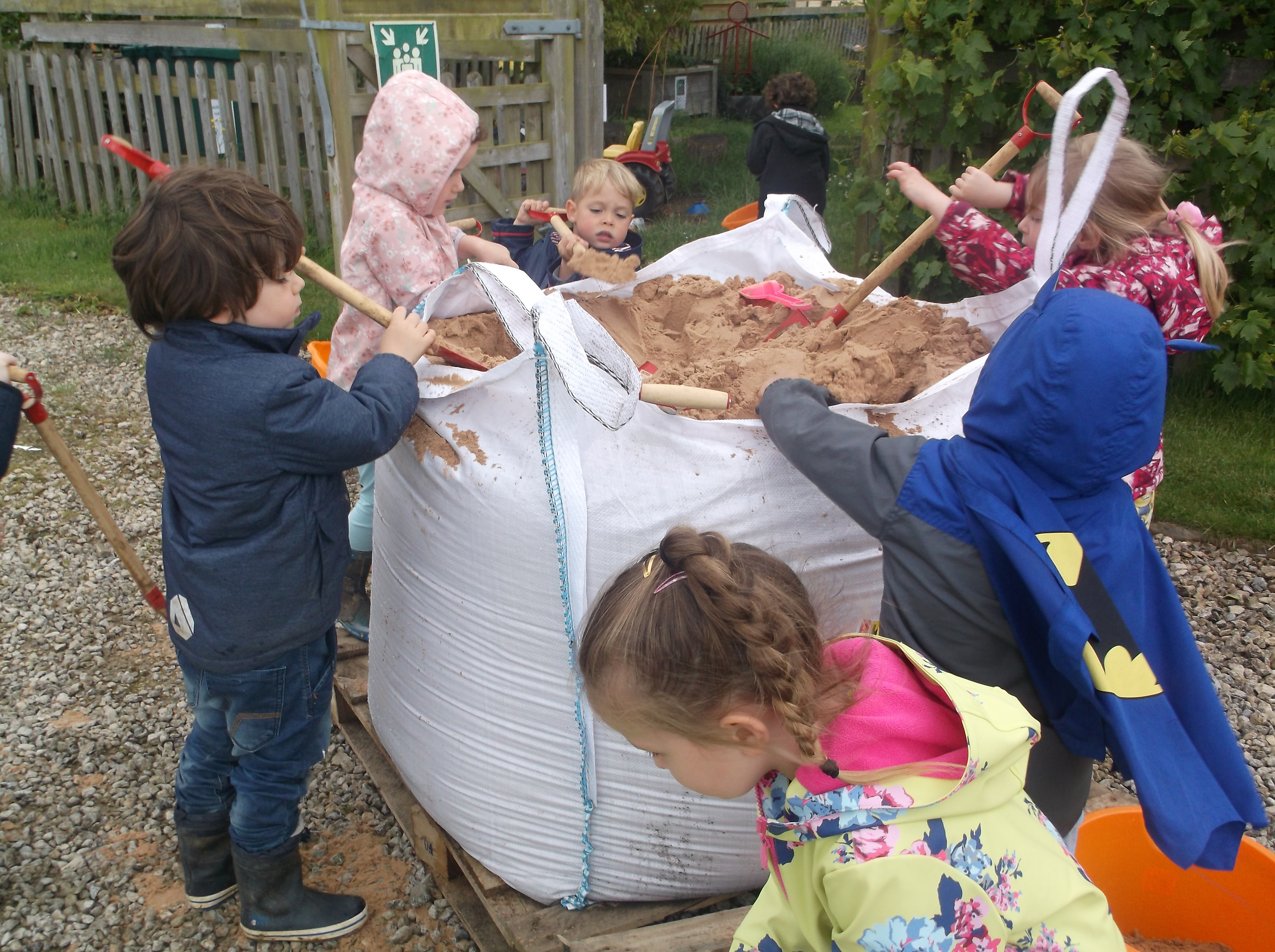 After much conversation the children decided to put on their wellington boots, collect the wheelbarrows, buckets and spade and carry the sand to the sand pit. The children learnt so much about heavy and light whilst trying to gauge how much sand they would be able to carry. They talked about how much of the bag would be needed to fill the sandpit, they used words like deeper, heavier, used more or less and were able to negotiate with each other so that their buckets were not too heavy to carry.

The children worked as a team to transport the sand to the sandpit where they tipped it out and helped to level it ready for playing in. They decided when it was full and let everyone know that no more sand was needed.

Previous Article Next Article All Articles